After a two year hiatus, Game of Thrones is back for season eight. So much happens, but does the premiere lives up the two year hype?(No Spoilers) 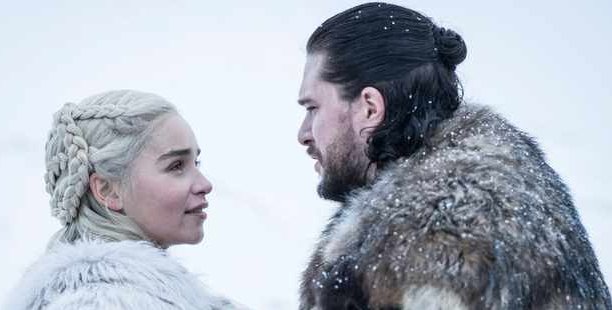 One of the things, I enjoyed from the episode is how balance each scene was, when revisiting our favourite characters, and what they have been up to. We finally have three biggest reunions, between certain characters and it was executed very well.

Episode one does not hold back on information on a big reveal that one of the main characters learns about. I thought was smart, because we do not need secrets to be dragged out.We see a lot of callbacks, references, and homages to previous episodes, from seasons past. I enjoyed the new intro, as they reveal how far a the white walkers are from Winterfall.

One of my favorite highlights is Sansa Stark, who continues to display just how much she has evolve and I think is the most wises especially when Cersi is mentioned. You get the impression nobody understand Cersi better than she does, which makes sense.

I thought the writing was great, and the writer did not wasted any scenes, and each scene served a purpose or maybe shadowed to what’s to come.

It’s hard to find cons in the premiere, as each scene and dialogue serves a reason and shadowd. I was disappointed we did not see the White Walkers, but we know they are close base on the intro. There is a lot of less action, but the writing does make up for the action in the premiere.

Game of Thrones is back, and episode 1 of season 8, foreshadowed a lot to what is coming in future episodes. There is a lot of fan services but I think this is the most happy episode we see our favorite characters have, before all hell breaks lose in future episodes with the White Walkers.