Its been a giant news week from Warner Brothers and DC Movies. The two big official DC Movie news is Matt Reeves Batman release date of June 25, 2021, and Ben Affleck officially announcing on his Twitter page.

he’s not playing Batman in Matt Reeves The Batman movie. In my opinion I am disappointed Ben won’t be back as Batman, because of the missed potential his Batman could’ve brought. His Batman was the closes to the actual Batman comic book adaptation. However like I predicted in my end of the year called what to expect in 2019 article. I said we would be hearing news about Matt Reeves Batman movie very soon, after it was reportedly announce the script would be fully complete by the end of December of 2018.

Now that we have some new light about The Bamam movie. A couple of days later it was reported by Variety from Justin Kroll who is reporting that Warner Brothers would like a familiar face to play Batman, and Matt Reeves has a specific age for Batman. See below from his tweet.

I expect will be hearing a trillion rumors of who is up for the role as Batman. As a long time Batman fan I am excited to see what the next actor will bring to Batman. We already have a good idea of the kind of Batman Matt Reeves wants to present on screen. He did an interview the same week with Lesley Goldberg from The Hollywood Reporter after all the official announcements came out. Matt Reeves has said
“It’s very much a point of view-driven, noir Batman tale. It’s told very squarely on his shoulders, and I hope it’s going to be a story that will be thrilling but also emotional. It’s more Batman in his detective mode than we’ve seen in the films. The comics have a history of that. He’s supposed to be the world’s greatest detective, and that’s not necessarily been a part of what the movies have been. I’d love this to be one where when we go on that journey of tracking down the criminals and trying to solve a crime, it’s going to allow his character to have an arc so that he can go through a transformation. “

Basically he wants to introduce more of Batman’s detective skills that was never fully displayed in any past Batman movies, and wants his Batman movie to be more grounded. Readers can read his full interview if you click on the link below https://www.hollywoodreporter.com/news/passage-producer-netflixs-theatrical-plans-noir-batman-1180514

Who should be the Next Batman?

From what I can gathered from most of the official news Warner Brothers is fully on board with Matt Reeves vision for a Batman movie. We know one side wants a familiar face but yet Matt Reeves has a specific age for how old Batman should be in his movie. We know this Batman will be grounded, and will be using his full detective skills, and we will have a lot of action points in this film because Matt Reeves mention we will see more than one Batman villain in his movie. I would like to mention that our last 5 acotrs whom have played Batman all worked with Warner Brothers in the past which makes it very likely that the next actor to play Batman would have worked with Warner Brothers in the past. With familiar face and certain age for the next actor to play Batman here are the actors I think could be in the running to play Bruce Wayne/Batman. 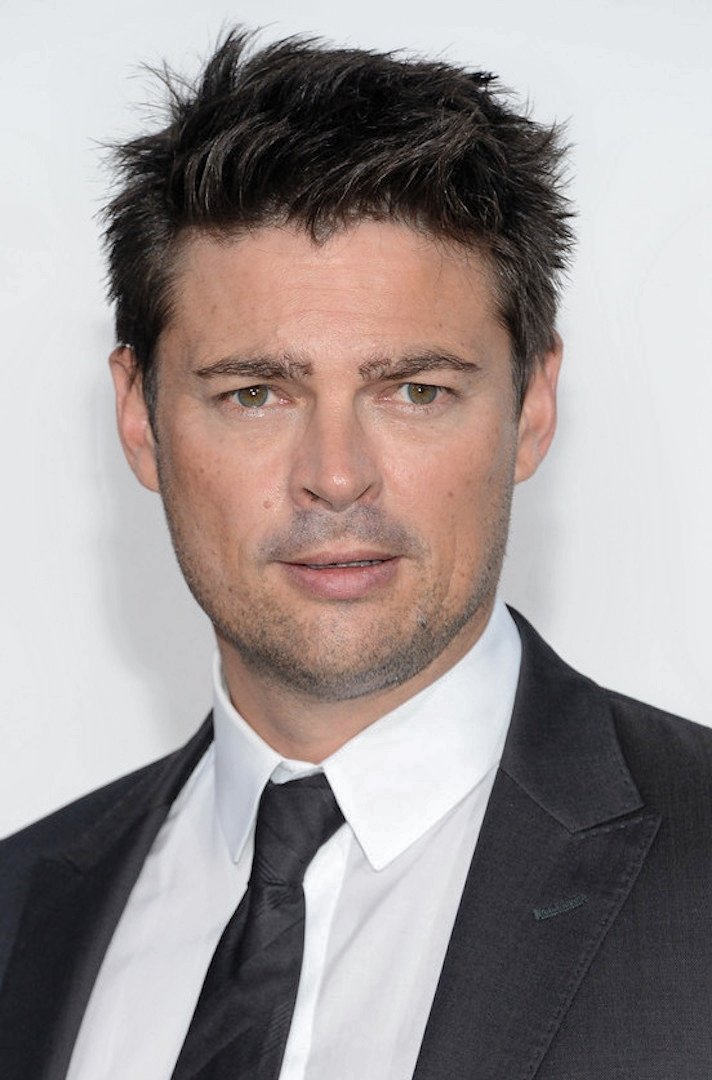 Karl Urban’s name was previously mention for the role as Batman when casting began for Batman v. Superman. He was one of the fan favorites to play the character at the time. He is best known for playing Judge Dreed in the cult classic Dreed movie. Even though he is 46 years old we have no official word how old the next Batman is suppose to be as of yet. Karl Urban is 6’1 and can match that physical presences Ben Affleck had with his Batman performance. If you have watch his Dreed movie you can see he would make a believable Batman with his performance in Dreed. Right now he is schedule to be a part of the Amazon Prime tv comic book series “Boys,”after that he doesn’t have anything coming up for movies or series as of yet. He is one actor I would keep an eye on for Batman. He has worked with Warner Brothers in the past.

Armie was once cast as Batman in George Miller’s Justice League Mortal, thankfully the writers strike happen and the movie was scrapped. Even though Armie Hammer is 6’5 physically built and is at the age of 32. I am skeptical he would be cast in Matt Reeve’s Batman movie, because his leading movies in Lone Ranger, and Man from U.N.C.L.E did not sell well in the box offices, but who knows maybe Matt Reeves could see differently with him. He has worked with Warner Brothers movies in the past. He does not have anything officially schedule for any movies or TV series for 2020 or 2021, so I expect his name to be heavily mention with Batman until we finally have our casting announcements. He does fit with an idea for a younger Batman if that is the direction Warner Brothers and Matt Reeves is reportedly looking for. 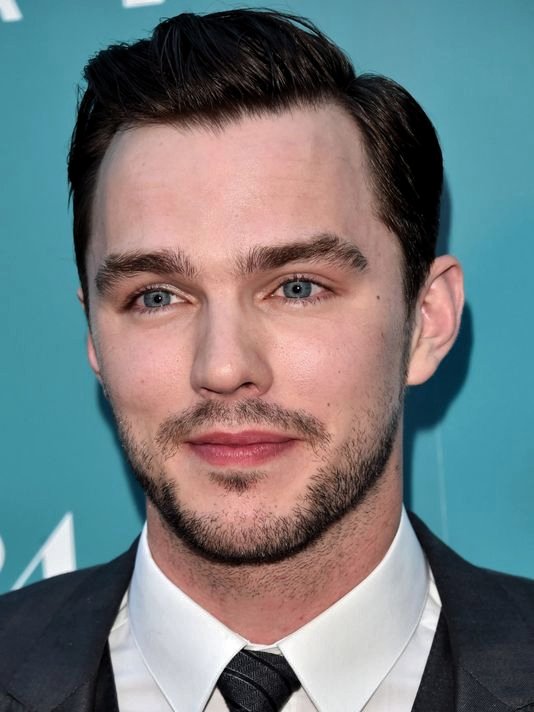 Nicholas is best known for his portrayal as Beast in the recent incarnation of the X-Men movies. He is 29 years and is 6’3 so does have the right look and physical presences for Batman/Bruce Wayne. He is not very familiar outside of the X-Men movies since he has worked on many Indy movies, and he doesn’t have anything attached for other movies or TV after X-Men: Dark Phoenix movie is release this summer. He has worked with Warner Brothers, and is another actor that I like who can potentially be cast for Matt Reeves Batman.

Jon Hamm maybe at the age of 47 years old, and is 6’1, and he does have a familiar face like Warner Brother is looking for. He has been reportedly campaigning for the role as Batman last year. He has talked about his favorite Batman stories, and many fans could easily see him play either Batman or Superman a long time ago because he fits their features. He has worked with Warner Brothers before and is currently filming Top Gun: Maverick, after that he is free for something else. 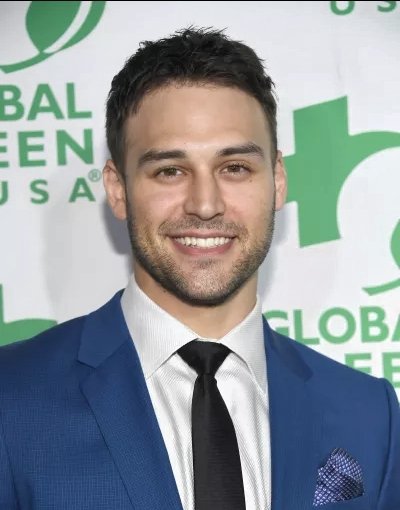 Ryan Guzman is 31 years old and is 6’1 he is best known for Heroes Reborn, and Everybody wants Some! He has the right look for Bruce Wayne but doesn’t have the familiarity with audiences like it’s been reported by Warner Brothers. Ryan doesn’t have anything reportedly line up for movies or TV series as of yet. He does fit with an idea for a younger Batman if that is the direction Warner Brothers and Matt Reeves is reportedly looking for. He has also worked with Warner Brothers in the past.

My favorite choice in my opinion who should be the next Batman is actor Jamie Dornan. He is best known for the Fifty Shades of Grey film series that was a financial success. He gain a lot familiarity through those movies, but dispute what people might think of Fifty Shades of Grey series. This guy though those movies shows he can play a billionaire playboy philanthropist who has a mysterious side to him. Through those movies you can not stop to think this guy could easily play a great Batman. He has played roles that involve combat so he does have the action chops and a familiarity face who can play Batman.

He maybe 5’11, but he is 40 years old and is still younger than Ben Affleck, and has the right look to play Bruce Wayne. He doesn’t have anything line up yet for movies or TV, but a voice acting role in 2020. He is attached to a movie called Drake Doremus that does not have a release date. He has recently work with Warner Brothers last year through HBO, so he is someone who can be in the running for Batman. Like Jason Momoa he does have a big female following thanks to Fifty Shades, and that could help bring a big general audiences to Matt Reeve’s The Batman in the same way Jason Momoa did with Aquaman.

I would not rule out actors Ben Barnes who is best known as Billy/Jig Saw from the Punisher Netflix series to be in the running. However there is no official announcement by Netflix has cancelled the Punisher series. Ben is 6’5 and is 37 years old and has worked with Warner Brothers in the past with West World TV series. Ryan Gosling is another actor who Warner Brothers enjoyed working with in the past. Even though he has said he has no interested in comic book movies that can change just like when Ben Affleck said the same thing years after Daredevil. Ryan is 6 feet tall and has a familiar face as well that Warner Brothers could be interested in. Richard Madden who is best known for Rob Stark from Warner Brothers Game of Thrones hit series. He is 32 years old an 5’10 but plans are he will be back for the second season of Netflix hit series Bodyguard. He is a very talented actor and is another familiar face to generate audience to theaters.

I think at this point Matt Reeves, and Warner Brothers are going to be looking at a lot of actors for Batman. I am hoping they do not drag out this casting search. I am positive (Just my opinion) we might be hearing a casting announcement for Batman probably in late March to early May, because when Ben Affleck was cast as Batman it was two months after Batman V. Superman was announce at San Diego Comic Con in 2013. If you look at the last 5 actors who have played Batman. They all have done work for Warner Brothers before they were cast as Batman. So it is very likely the next actor who will play Batman will be someone who Warner Brothers has worked with in the past and believes will succeed in the role.