It is uncertain on when we will see another Superman film, but fans like myself want to see the character and his world done right in his own movie. Here are something I believe Warner Brothers needs to think about when they decide to do another Superman movie again.

No Controversy or Question Morals

Snyder and Nolan’s Man of Steel film created a lot of moral questions for Superman in his own film. The decision for Chris Nolan to go in this direction with the story was something that was new and distant from the Richard Donner Superman film. Using similar formulas from Batman Begins was a huge plus and should’ve worked for the Man of Steel, however Nolan allowed Zack Snyder to have Superman kill in Man of Steel destroyed the positive momentum for Man of Steel. It divided many hardcore Superman fans to either like this movie or really hate it.

I believe the next Superman movie should not have the characters morals question. In my opinion Clark Kent sees himself as a human being who wants to help people. His adopted parents raised Clark Kent to be a good man whom surrounded him with a lot optimism,who teached him sentimental values, hard work, and all of the apperciating things life has to offer. He was raised on a farm and around nature so seeing all the good positive things earth’s life has to offer helps Clark insight in wanting to protect earth and the life he loves with in it.

Being a hero is about putting your own needs aside to help, prevent, or save someone’s life. Superman embodies all of those things with hope, and doing the impossible. To whoever does the next Superman there needs to be a clear understanding that Superman does not kill ever in any of his movies, and values all of life in different forms.

Superman needs to be a fun, positive character that he is meant to be. The next Superman movie should not shy away from making him the big blue boy scout audience are very familiar with. Superman is supposed to smile when saving people because it is his signature to the people he give hope to when he saves them. It’s one of core parts of Superman’s character.

The problem with getting a great Superman film is that the people in Warner Brothers do not trust the main source material when they are making their story for a Superman movie. They will take elements from the comic books, because they know they have to please fans who read the medium, but never trust the full source material when trying to get the heart of the character or his mythology presented on screen right.

The two things Kevin Feige has said as to why Marvel Studios are successful with their comic book films, is that they trust the main comic book source material, and second they trust their audiences. Kevin Feige’s goal is creating or presenting the marvel characters on screen in a exciting way for audiences to share the same excitement a person would read a Stan Lee and Jack Kirby comic book for the first time. This is something Warner Brothers is slowly but starting to understand after having success with Wonder Woman and now Aquaman movie.

Comic Books that should be influenced for the next Superman movie. 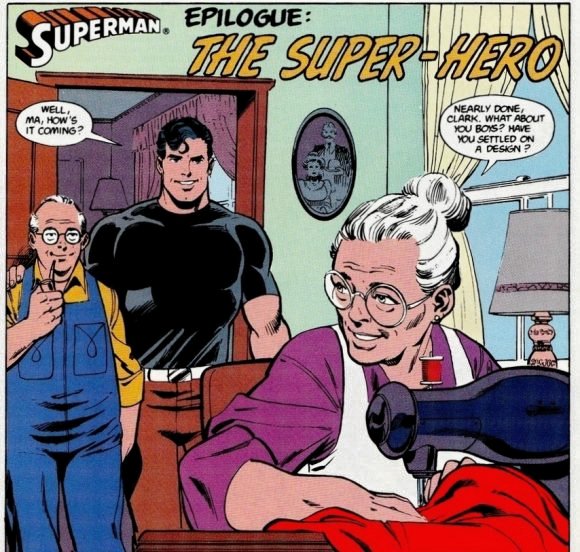 The first source material any movie writer should read in helping audience to connect with Superman is the John Byrne’s Man of Steel series. It is a perfect take on Superman who is very humanizing by have Clark Kent as the true character of these stories and having Superman be the symbol of hope he created because he wants to help people with the powers he has.

Man of Steel series kept Clark parents alive and it was a smart move, because anytime Clark needed advice he went to his parents like any young or older person would when they are trying to resolve or express what is going on in their lives. It shows how humanizing Clark is as a character, and that he does not have all the answers. 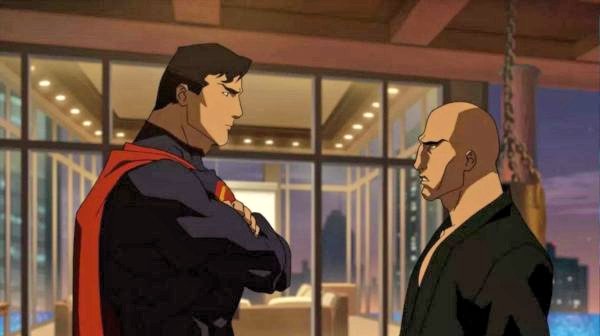 The two other source material a movie writer must read to get the antagonist right is Geoff Johns Brianiac and Brian Azzarello Lex Luthor story. Both of these stories. Present great antagonist narratives for Lex Luthor and Brianiac as to why they are doing the things they do as antagonist characters. In order to make a great Superman film the antagonist needs to carry the story and presenting difficult challenges for Superman.

What makes Lex Luthor the perfect antagonist for Superman is that he is jealous of him for taking the attention away from him. Lex to me needs to not only be the smartest and intellectual person in the world but he also has to have a intimidating physical presence. Lex views himself as the perfect human in the world an believe he has mastered everything life has to offer, and wants to help mankind exceed their expectations as people until Superman changes that narrative for him.

Lex Luthor is very important in the mythology of Superman. He needs to be taken seriously and not goffy like Kevin Spacey and Jessie Eisenberg potrayls of the iconic character. In the current world we have a lot of powerful capitalist businessman who are intimidating, and selfishly expect to get what they want like the Lex Luthor from John Byrne’s Man of Steel series.

We have seen Superman’s origin story in so many mediums it is over used and people know his origin story to heart. It is best that the next Superman movie has the character established in Metropolis and to the world. So when we see him on screen he is doing all the things we want him to do in action. We live in superhero world with audiences who do not want origin films anymore.

How about in the beginning of act one we see Superman saving people an stopping a monster like Parasite or small level kind of villain like Livewire. Doing a Superman action scene right away is a great way to get the audiences their attention immediately.

The general audience are paying to see Superman, because they want to see him do all things that makes him the greatest superhero ever. If Krypton is use in the movie it needs to have a payoff to serve the story that does not involve Superman origin story. Brianac history with Krypton can be a great example of how to use Krypton in a different way besides retelling Superman’s origin.

I believe in order to have a great Superman story he needs to be physically vulnerable at times when going up against super powered beings, he struggles to left giant heavy objects, and feels pain at times when his limits are tested by his rogue of villains.

In Bruce Timm and Paul Dini’s Superman animated series they made Superman Phsically vulnerable then people are use to, because they had to find ways present great storytelling. I believe that same formula could work in movies as well. I think characters like Mongul, Matello, Bizzaro, Parasite, Livewire, and even Toyman (if executed right) could find ways to make superman feel pain or physically vulnerable to help the story move forward.

Superman can not be crazy stupid powerful like it was seen in Justice League film, or Christopher Reeve Superman series, because there is no story for audiences worth going to pay to see in theaters.

I believe a Superman movie can be done right when producers and director can trust the comic book sources material and the movie audiences. Fans all over social media and internet wants to see another Superman film because we all believe the next Superman can be done right. Superman is the greatest superhero of them all, and he needs to have a successful movie that all fans and general audience wants to see.

One thought on “What should make a great Superman film”