The special crossover event called elseworld is finally here, and part one of a three part series takes place from The Flash, into Arrow, and ends with Supergirl. What is different about this crossover compared to past crossover special, is the Arrowverse will flesh out the many multiverse and introduced new and reintroduced fimilar characters from past DC shows that haven’t been seen in a long time.

The first of the elseworld story takes place in The Flash series, with Barry and Oliver Queen waking up to learn they have switched lives. The two heroes turn for help to Supergirl, because this is something that is going to need the three of them to work together.

I enjoyed a lot of the callbacks to the first crossover with Barry and Oliver four years ago. It was filling to see Barry get back at Oliver, because of the way Oliver handled Barry during his first year as the Flash. Audience will see how known it is with how much fun Gustin Grant, and Stephen Amell are playing each others character in this episode. A lot of their past moments an catch phrases are all nods, and poking fun at each other is very enjoyable for long time fans of each show.

I was very happy to hear the Smallville theme again as a nod to the Tom Welling’s Smallville series, as we finally get to see Tyler Hoechlin return as the Superman from the Arrowverse back. This time we get to meet Arrowverse Lois Lane played by Elizabeth Tulloch, who has a bit of Margot Kidder in her Lois Lane. I enjoyed the first interactions of Clark Kent meets Barry Allen and Oliver Queen for the first time.

I did enjoy seeing our first introduction of the DCU villain Amazo. It would make sense here to introduced him, because how else can you get Superman to do something with The Flash, Green Arrow, and Supergirl. 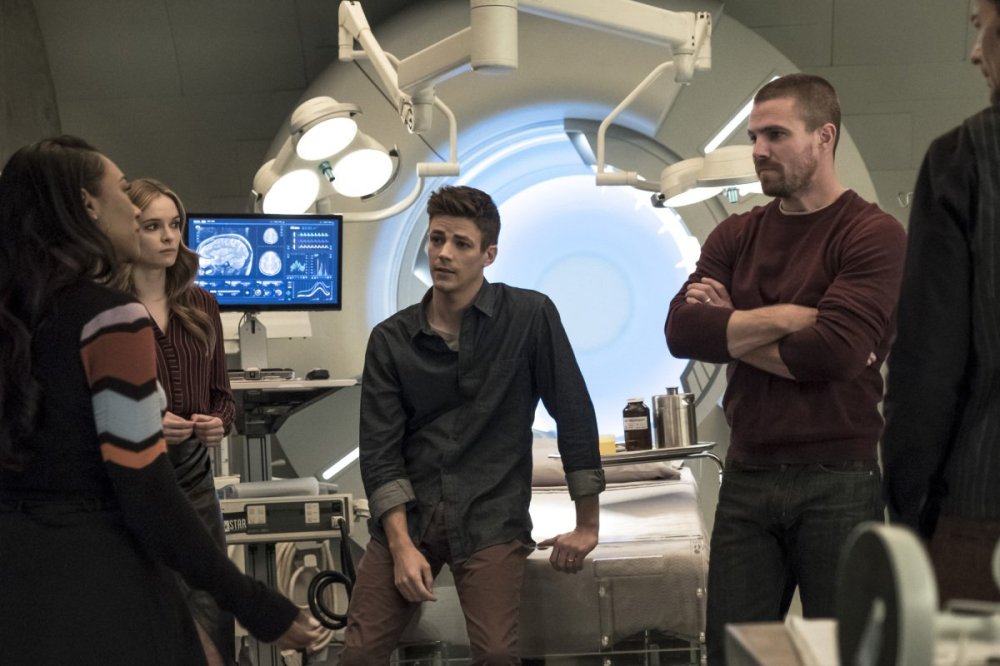 I don’t watch Supergirl and even tho this a Flash episode she felt like the third wheel again in this new crossover. I have nothing against Supergirl or Melissa Benoist. I think her potray of Supergirl is great and the stuff in her show can be fantastic. It’s just that her show isn t for me accept when Superman is featured.

I was hoping we get to see John Wesley Shipp return as original Barry Allen/Flash from the 90s. Unfortunately we didn’t see him in part one.

I wasn’t a fan of the freaky Friday idea between Oliver and Barry switching lives. I feel like this part takes away some of the overall enjoyment of this crossover, because it’s been done so many times in other things.

DC’s three part Elseworld event is kicking off great, with many things to please DC Comic fans. The second part we get our first introduction to Batwoman played by Ruby Rose in the Arrow episode.