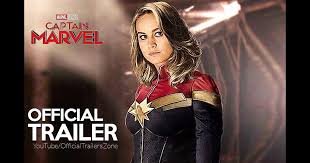 Captain Marvel looks good so far, if you watch closely in the trailer you will catch a few surprise appearances from past Marvel characters from other films. I am more excited to see the Skrulls in action from this film. Brie Larson looks ok as Captain Marvel, but nothing that’s blowing anyone way. The tone in the film is on par with Dr. Strange, Ant-Man, and Black Panther movies, which is not surprising, but because it’s a Marvel Studio an Disney brand film I expect it to do well. I expect Captain Marvel movie to be the hint ground building to next big crossover MCU has plan after The Avengers 4.