On Thursday June 28th 2018 Warner Bros released their first promotional trailer of their DC Universe app. This has been almost a two years in the making by Warner Bros/ DC Comics. Rumor has it the DCU app will be release in later August of 2018. The selling point of the app is DC Comics fans can watch many of the DC Comics long history of TV and movie series. The next selling point of their app will be releasing exclusives new DC Comics series such as Titians, followed by Young Justice Season 3, Harley Quinn animated series, Doom Patrol, and Swamp Thing live action series in 2019. The app will add digital comic books, and exclusive merchandise.

What to expect with the DCU App so far when it is release?

So far in their promotional trailer and poster, we will be able to watch Christopher Reeves’s Superman series, Tim Burton and Joel Schumacher’s Batman movie series, Nolan’s Batman Begins, and TDK will be included. Lois and Clark the new adventures of Superman, 90’s The Flash series, Linda Carter’s Wonder Woman TV series. For the animation side we will be able to watch Bruce Timm’s DCAU such as Batman TAS, Justice League TAS, Batman Beyond TAS, Superman TAS, and Static Shock. Many of the DC Direct Animated movies such as Batman under the Red Hood, Batman: Mask of the Phantasm, Batman: Gas Light, JL: Doom, Wonder Woman, and Green Lantern: First Flight will be featured in the app right away. Other animated series such as Batman The Brave and the Bold and the Dave Fleischer’s Superman animated series will be featured on the app as well.

For the comic books we see a lot of the DC Comics New52 issues, and some of the DC Comics archives going back to Action Comics number One displayed in the trailer. The other thing the app will have which I think is interesting is the DC Comics fan communities especially around the Comic Conventions in the country. Their website for the app is already up, and it looks like we will a discussion boards around communities, and a link to keep DC Comics fans update with their storylines and characters from the comic books and DC Universe encyclopedia.

Be Aware and what to expect during the beginning of the DC Universe App.

Like many streaming services apps, I expect we will not be getting all of the DC Classics of all mediums at once. I’m sure Warner Brothers will be adding new content to the DC Universe app slowly each month, and it will be similar to other streaming services apps such as WWE, Amazon Prime, Hulu, Netflix, and many more during their early stages after it was release.

If you are hoping to watch series or films such as the Snyder’s DCEU trilogy films , Wonder Woman, The Watchmen, Batman 66, Shazam series, and other classic animation series and serials right away. I would tell you will be disappointed, because I don’t expect those to be on their right away. In time I think they will be on the app but not right away after it is release.

I think those films or series will eventually be there at some point especially around DC Films promotions for Aquaman, WW84 and Shazam films.

Will the DC Universe release new content when the App launches?

It’s been long rumored that Titans live action series, and Young Justice will be the first two new content to be release when the DC Universe app launches. It was announce after the first promotional trailer for the DC Universe app was release on Thursday that the Young Justice Season 3 will be release early of 2019. (IMO)That’s a huge blow for the DC Comics and Warner Bros to announce, because fans like myself have been waiting patiently for the long waited series to return. The live action Titians series is unclear if it will be release when the DC Universe Streaming services launches in late August or Fall of 2018. Harley Quinn series won’t be release until early of 2019 as well. Doom Patrol and Swamp Thing live action series are in early stages of production and both shows started casting. It is unclear on what else will be new content when the app launches. In my opinion I think the Titians series won’t be release on the DC Universe app until late fall of 2018, because we have yet to see the first trailer of the Titan series, and season one has just wrapped up this week.

What not to expect for awhile 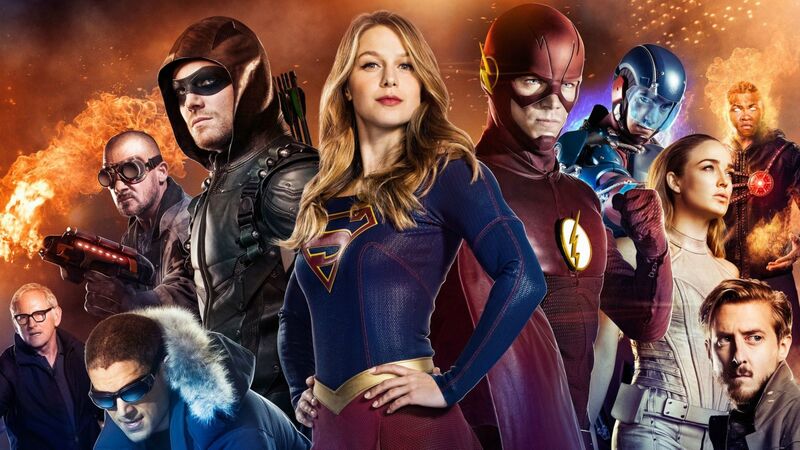 IMO I think it will be awhile before we see the Arrow-verse on the DC Universe App, because they’re still getting stream on Netflix. The CW or Warner Brother’s most likely still has a contract in place regarding those series getting stream on Netflix. Some of the DC directed animated series are streaming on Hulu, and Amazon Prime. I think it will be a slow process before we will see most of those series and some of the DC Direct Animation movies that streaming now on Hulu and Amazon Prime to be featured in the DC Universe app.

It is unclear on how much the DC Universe Streaming service app will cost, or when it’s official release date. Not having the long waited Young Justice series as a strong launching point for the DC Universe app is huge blow. I will be buying the DC Universe Streaming Service app when it’s launch. I am curious to see what else is featured on the app that is new but we have yet to hear about. If you’re a Comic Book fan, DC Comic Book fan, or a general fan of their films and TV series I think it does deserve a look.